Into a new dimension

The Don and his Darling Dulcinea came over all modern on Saturday evening and took in 3-D cinematography with 3-D glasses on for the first time, and I think Dulcinea looked very fetching in them (as she does in anything, or nothing), while The Don just looked ridiculous (as he does in most things, and especially in nothing). 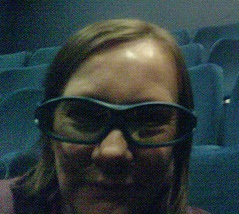 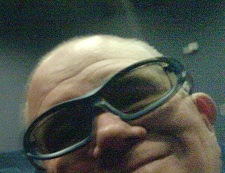 We also took little Aileen the Alien in heavy disguise, and as she was assessed as being a small child we had to give our express permission for her to view the Certificate 12A Star Trek - Into Darkness, which precaution she found absolutely hilarious, muttering, "This little kiddy could show them something that would scare them witless," before I told her to shut up if she wanted to see the film.

Oh, and have you heard that old Rocinante has been pensioned off and The Don has a new and genetically engineered horror horse called Apocalypse, now?

Oh, and Dulcinea and Aileen have now both approved the proof copy of Alien Island, the sequel to Aileen the Alien, so it will be hitting the bookstores with its follow-up and once again entirely true story, but once again disguised as a 'novella', in just a few weeks, and in both print and digital forms eventually. I know the world has been waiting.

There are also some other equally questionable treats on the proof presses at this very moment.

By the way, did you notice all those empty seats behind us? Something scared everybody away, and I'm not sure that it was Aileen.
Posted by Andrew MacLaren-Scott at 23:41