A tale of more coffees

As Dickens never said (though I am thinking of the start of A Tale of Two Cities)... It was a day like any other day, and yet a day unlike any other day. It was another Sunday, and another Sunday Times, although in Stirling this time, not in Perth or Edinburgh or Dundee, and it was a very different Sunday and a very different Sunday Times. It was just another large latte, and yet, it was a different large latte. It was just me again, and yet it was a different me... and I am no Charles Dickens, but I am what I am (unfortunately?). 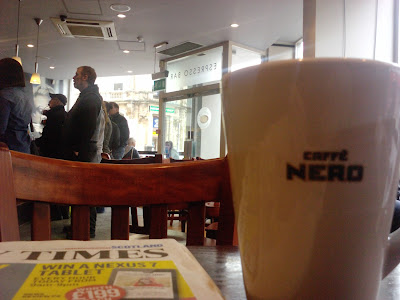