The official story here is that my daughter was invited to a "Fifties-Style Hen Party" which involved all the twenty-first century lasses dressing up as mums from the 1950s and making lots of cupcakes, as they presumably imagined mums from the 1950's might do, and hence I got sent the two images below, of her and her very own cupcakes.

Hmm... Of course those who know me and know of my many contacts with other worlds will see through that implausible explanation, and will realise that I have actually been on a trip back to the fifties, where I found someone who looks rather like my own young mother as I remember her in the fifties when I was aged between zero and five. Whichever truth you wish to believe in, here are two very different pictures from my usual offerings on this place. And the second version of the truth has got me very confused, but that's what time travel does to you. 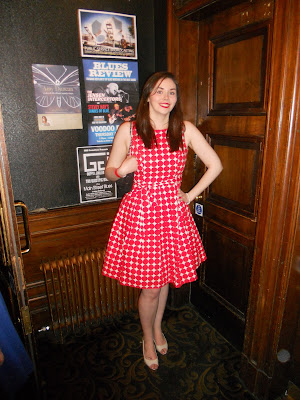 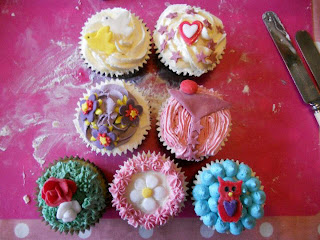 Posted by Andrew MacLaren-Scott at 19:22