Looking down from the Ochils

Here is a view from a skim down the Ochil Hills, looking north across wide Strathearn to the snow-covered Grampian mountains just visible far beyond. It's a shame that photographs flatten out such a view, but still, it's nice. I persuaded Aileen to fly upside down so that I could get a photo of home that was the right way up, but this just rekindled an argument that will never be settled, I reckon. "Does the universe really have an Up?" I demanded, only to be asked, "Which universe?" in return. Foreigners... Sigh. 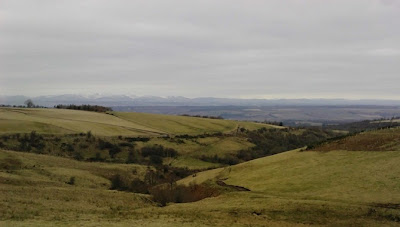 Posted by Andrew MacLaren-Scott at 20:04