The bottom of the garden in bleak November 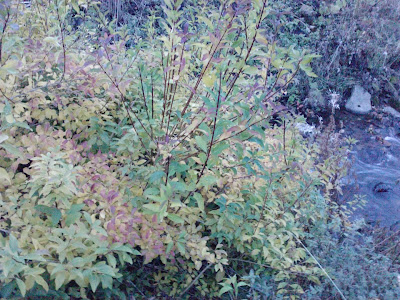 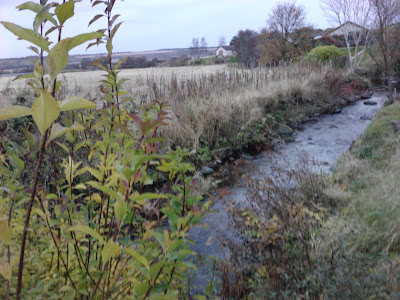 When they were young my children found a Bronze Age coin buried a few inches deep near the roots of that bush in the top picture, and Roman remains and artefacts are quite commonly found in the vicinity. There are claims of a ghostly Roman soldier sometimes seen wading in the stream. Nonsense claims, I expect, but they will most certainly have walked there in their brief time at the Roman camp nearby, before the angry natives chased them south to build Hadrian's Wall for their protection. But for now, just briefly, the place is ours. Although cold at the moment it's still quite nice, but at this time of year I am rather tempted by Hawaii, or Corsica, or just indoors.
Posted by Andrew MacLaren-Scott at 18:05