Courtesy of my daughter on a weekend visit to friends in Birmingham, a place I have never been, I offer these fine views of what she reports is "the highest free-standing clock tower in Britain". It is at Birmingham University, and Wikipedia actually claims it is the highest free-standing clock tower in the world, but then Wikipedia claims many things. Anyway, Don QuiScottie and Lady Dulcinea have decided we should embark on expeditions to some of the big cities in Britain that we have never been to, such as Birmingham, Manchester and Liverpool. Country places and pretty towns and villages are all very fine, but cities have things to offer too. These cities have been warned. Expect us soon. 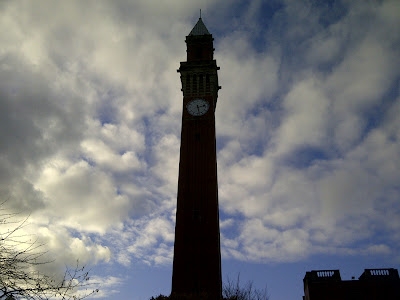 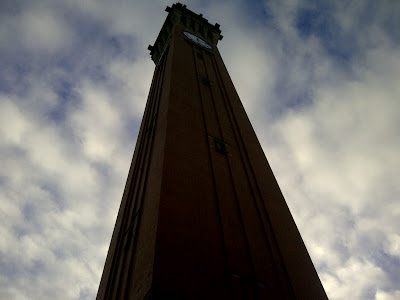 Posted by Andrew MacLaren-Scott at 17:39