The young fellow at the dealership of automobiles seemed perplexed that I should have arrived on a horse, and his perplexity seemed to increase when I said I wanted to trade the good horse in for a car.

'We don't do part-exchange deals on horses,' he said sternly.

'Oh, but I want to buy a car from you today and I can pay in full right now.'

Ah that old trick, I thought, leave me to stew and think for half an hour while he pretends to negotiate some deal with the manager. And sure enough when he returned it was to inform me that his manager just happened to know a family with a farm who loved horses, which sounded to me as a fine option for Awkward Apocalypse.

'Sort of. If you pay us an extra five hundred we'll take care of the horse.'

Was it a coincidence that Apocalypse snorted rather loudly at this point?

'That's not exactly part exchange young man, is it?' I opined.

'Well its a sort of negative sum part exchange deal,' he attempted.

'Negative sum? In which I owe you?'

'Well do you want rid of the horse?'

'I do.' At which Apocalypse snorted again.

'And would you like that nice and almost new silver Vauxhall Corsa over there, all serviced and valeted and ready to go right now?'

'I would, I suppose... Nicely small and economical. Not pretentious. Ready to go you say?'

And thus I was soon looking at Apocalypse in my rear view mirror as I rode inside my new steed Silver out onto the wide straight road and onwards.

'Hi Ho Silver!' I called out loudly, with a chuckle, as my foot pushed down on the pedal and the engine growled, somewhat half-heartedly, as could only be expected from a Vauxhall Corsa. Silver was no Apocalypse, but he, no... she... would hopefully be a lot less trouble and leave less mess behind her for cleaning up. 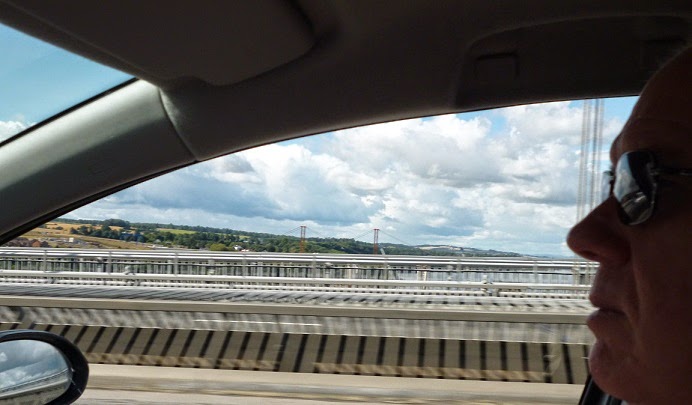 Posted by Andrew MacLaren-Scott at 17:27