Photos courtesy of my daughter on her way home tonight from The Sheep Heid Inn, and this very long tunnel is not the place to be at night if you are unsure of your friends. It was part of The Innocent Railway, reputedly named that because no workers died during its construction, although an alternative explanation says the name refers to the fact that the railway was horse-drawn during an era when steam engine trains were thought to be unsafe.  It was the first public railway tunnel in Scotland, possibly in Britain as well, built in 1830. 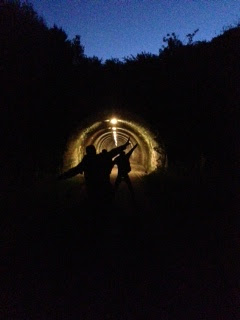 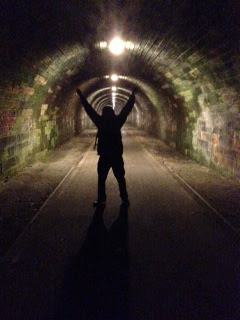 I am led to believe that they are three nice lads. They probably have more to fear from her actually. I think that's her boyfriend standing alone with the eh... welcoming arms?

It's one third of a mile long and you can take a cycle ride through it on this link.

Apparently there is "a Rave" taking place in the tunnel later tonight, so you might just get there in time to enjoy the noise (eh, music) echoing off these walls if you hurry. I'll give it a miss myself. 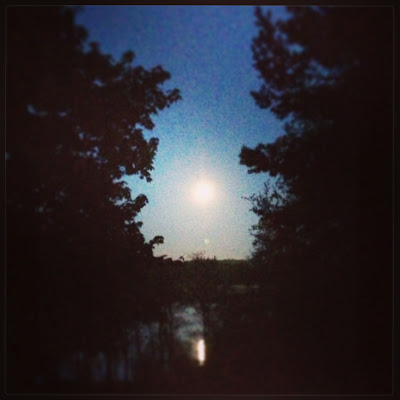 There is something about the old historical places in Edinburgh that is very appealing, at least to me, being of Edinburgh origin.
Posted by Andrew MacLaren-Scott at 23:52